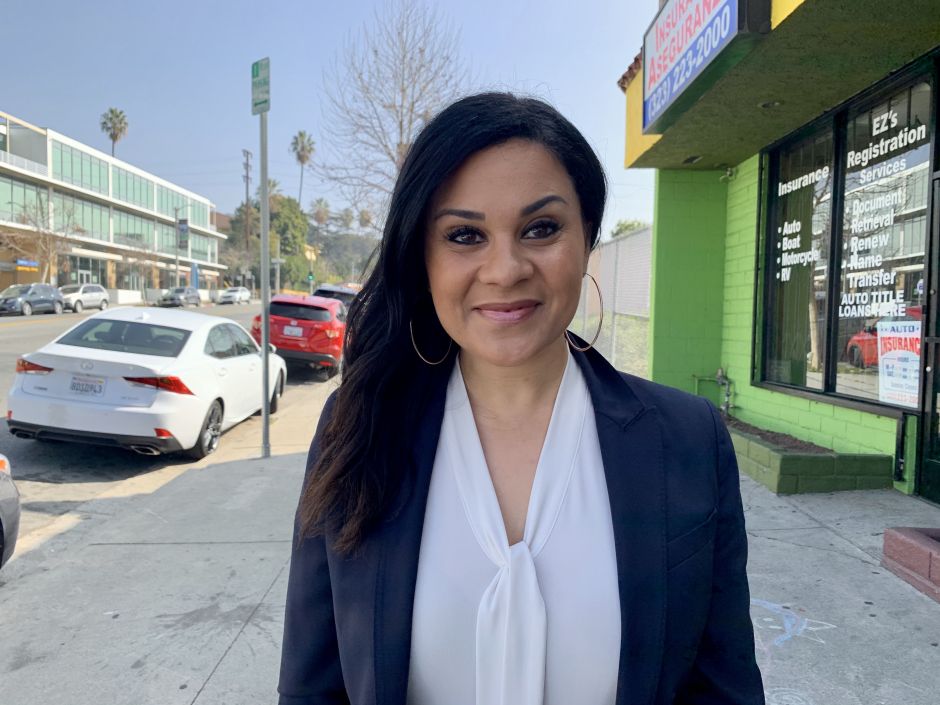 He has worked in state and federal courts; In addition, she was an advisor to Senator Richard Durbin in the Dream Act.

Rachel Rossi, a former Afro-Latin public defender is campaigning to be a Los Angeles county prosecutor, convinced that this is the time to have a new leader who defends immigrants and those affected by the justice system.

“We need a prosecutor to face the ICE (Migration and Customs Service); and tell him, this is our jurisdiction, don't mess up; and that Trump does not allow him to harass our community. ”

36-year-old Rachel was born in New York, but grew up in the San Gabriel Valley, between the cities of Claremont and Pomona. She is the daughter of immigrants, Maximo Rossi of the Dominican Republic, and Olympia Rossi of Greece.

“I never thought I was going to campaign for Los Angeles County prosecutor. I saw myself with a life dedicated to a career as a public defender, ”he says.

However, a group of friends encouraged her to be launched by the prosecution as part of the movement of public defenders seeking to become prosecutors in different parts of the nation.

"It's very inspiring to see other public defenders campaigning to be a prosecutor," he emphasizes.

Rachel paused in her nearly eight-year career as a public defender in Los Angeles County and at the federal level to run for prosecution.

One of the cases that has impacted her most was when she defended an undocumented client of 27 years, who during a concert took part in a fight to defend her brother.

“I did everything I could to help him. We went to trial, but we lost. The boy was sent to prison for six years, and upon completion, he will be deported to Mexico. That day he was handcuffed before his daughter's screams. My supervisor could not contain the tears when he saw the family separation. ”

Based on his experiences, he says that as a prosecutor, he would always look in the case of an immigrant to see if the position can be changed so that he can stay with his family.

"Prosecutor Lacy accused him of a felony for a fight without having any idea of ​​the implications that would have for his family," he says. "Prosecutors only see a file, a case, not the human side"

Rachel admits that she is not intimidated to face in the campaign against incumbent Jackie Lacy. “All my career I've been the underdog fighting against the system, and winning many times. Whenever I face a difficult challenge, I think of the people I am fighting for. ”

He adds that many communities are upset with the current prosecutor. One of the clubs that have supported her most, New Frontier Democratic Club decided not to do so anymore. "The community wants someone new, fresh and different."

What makes her different, she trusts, is to be the only candidate who doesn't have a long career in politics.

His approach as a prosecutor in terms of migration would be to require the Sheriff to stop transferring people to ICE unless it is a very serious offense.

“The new Sheriff promised a lot, but has only reduced some misdemeanors. We need to go beyond that so that the immigrant community feels that they can report a crime when they are victims, and that they trust us. ”

He also says that the Prosecutor's Office needs migration experts, who can advise when someone does not deserve to be deported to stay with his family.

"The prosecution does not have immigration attorneys. Therefore, there is no understanding of the subject”, He says.

Rachel cites the case of a person who steals a box of diapers in a store, who receives no punishment. “In the case of an immigrant, for the same crime he is sent several days to jail and then deported, losing his family. That is not fair justicegoes. We are reaching an agreement with the prosecution to help them and deport them. ”

On the issue of police officers involved in crimes, he notes that a prosecutor is needed who accepts that, if a policeman violates the law, he must be punished. “The prosecutor accuses certain communities very hard, but not the police. We need one to take the steps so that the undocumented community has confidence in the system. ”

In addition, he emphasizes that it is enough that someone on probation reports to his officer, only to find the surprise that ICE will take him in custody.

On her opponent George Gascón, the candidate says that her concern is that she has not practiced in court. “It comes from San Francisco, and many of the policies that it put in place there do not work here. Los Angeles is more complicated. We need someone who understands this county. ”

Rachael would eliminate the bail in cash, – the money that the suspect must put in order to be released from pretrial detention. The deposit will be refunded, if it is submitted to all court appointments.

"It is one of the most serious problems when you are in custody because if you mistakenly arrest someone and go to jail, you are exposed to deportation. We have to protect the presumption of innocence before being imprisoned, ”he says.

The first former public defender to run for prosecutor, who considers herself a reformist, asks Latinos to vote for her based on her career.

"It is time to have a new prosecutor who is not of the system, and who stops putting immigrants in danger of deportation for very minor crimes," he says. "If we continue to choose the same type of prosecutors, we will continue with the same results."

A Hispanic stole more than 12 cars between March and June...

Body of Hispanic man found in construction near SoFi stadium in...

Choosing the right health insurance in the United States