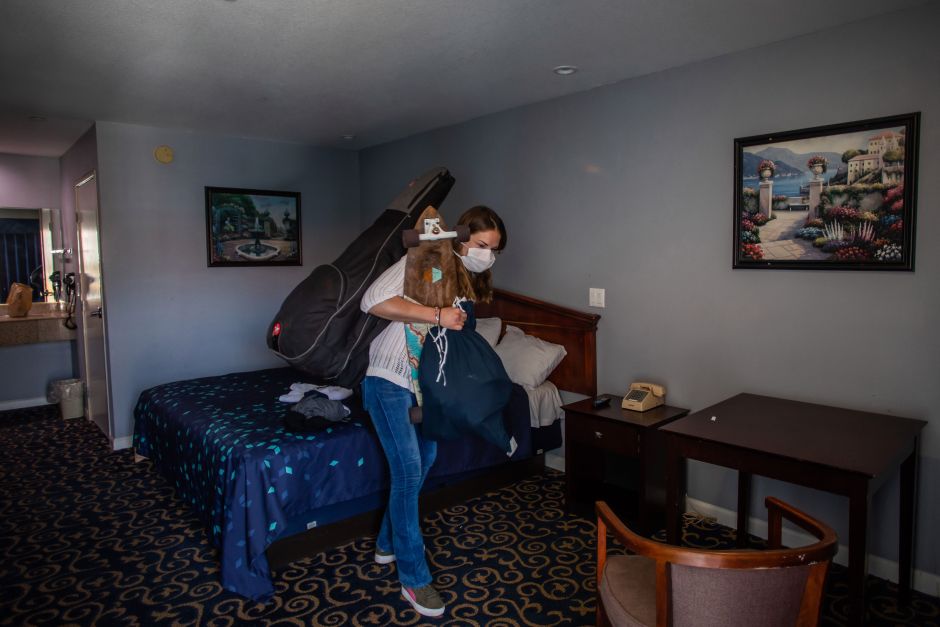 With the onset of the COVID-19 pandemic, the California government established Project Roomkey, an initiative to house the homeless in hotels and motels.

The benefit helps companies that are receiving payment for lodging, which is done through federal funds at a time when stays are very low.

However, state and local officials were aware that this solution was temporary, so they created a more permanent solution: the ‘Homekey’ initiative.

This new project that has been presented by Governor Gavin Newsom and the state administration is also funded by federal funds.

Lourdes Castro Ramírez, secretary of the California housing and commercial consumer services agency, said in an interview with La Opinion that the state has allocated $ 600 million to entities, communities and local governments to buy and rehabilitate various places.

These include motels, vacant apartment buildings, and other properties, with the goal of converting them into long-term permanent housing for people who are homeless or at risk of losing their homes.

“Some of these hotels and motels will be able to come back and continue operating as before,” Ramírez said. “But many are ready to sell, and this has allowed us to provide accommodation for a group in need of affordable, stable and permanent housing.”

He indicated that they were pleased to have made rapid progress in creating the program, developing the criteria in the guidelines for proposals.

He added that interested communities have to apply, submit a proposal and demonstrate that they have the capacity and ability to obtain the homes.

With the $ 600 million distributed among entities that go from the Bay Area to San Diego County, it is expected that around 5,000 permanent homes can be provided for the most needy individuals and families.

Ramírez said the best thing about this program is that the rebuilding of homes ranges from around $ 140,000, a much smaller amount than the estimated half a million dollars it costs to build permanent housing for those most in need in Los Angeles.

Mike Walsh, deputy director at the Riverside County Housing Authority, said they received $ 10.5 million which they will use to create three projects.

The first will be managed through Project Legacy, a nonprofit organization to create a 52-bed transitional housing facility for people with HIV, AIDS and LGBTQ youth in the city of Riverside.

The second is to obtain the Ivy Palm, a 100-unit motel in Palm Springs, which will have 15 studios for one person and 65 one-bedroom units where small families can be established, among other options.

And finally, 40 manufactured housing units will be secured to be located in Oasis, California, in the Eastern Coachella Valley, specifically for agricultural workers, and will be owned by the Riverside County Housing Authority.

Walsh said this will be primarily to respond to a series of mobile homes that are not allowed but have been established by farmers to live in the Oasis.

Walsh added that some temporary guests they have at Project Roomkey hotels and motels in Riverside are already receiving help with their permanent housing.

“We want to make sure we move people as quickly as possible because we only have three projects, but we see that the need is greater.”

The director sees Homekey as an “abundant blessing” for Riverside County in times of a pandemic as they will have the ability to help those most in need of a home.

“We look forward to creating these opportunities so we can accommodate the greatest number of people,” Walsh said.

The selection process has not yet been open to the public and once it is done it will be directed specifically to the indicated population.

“We will open waiting lists at a variety of different properties and take referrals from agencies to make sure all units are filled,” he explained.

Governor Newsom said in a statement that Homekey is not only unprecedented in providing capital to house the homeless, but they are moving it with unprecedented speed.

“Most of these projects will be ready to house people very soon after acquisitions are complete, providing immediate assistance to our most vulnerable residents,” the governor said.

Essential but without benefits: worker asks for help by COVID-19 and...

Where to celebrate Halloween 2019 in New York?