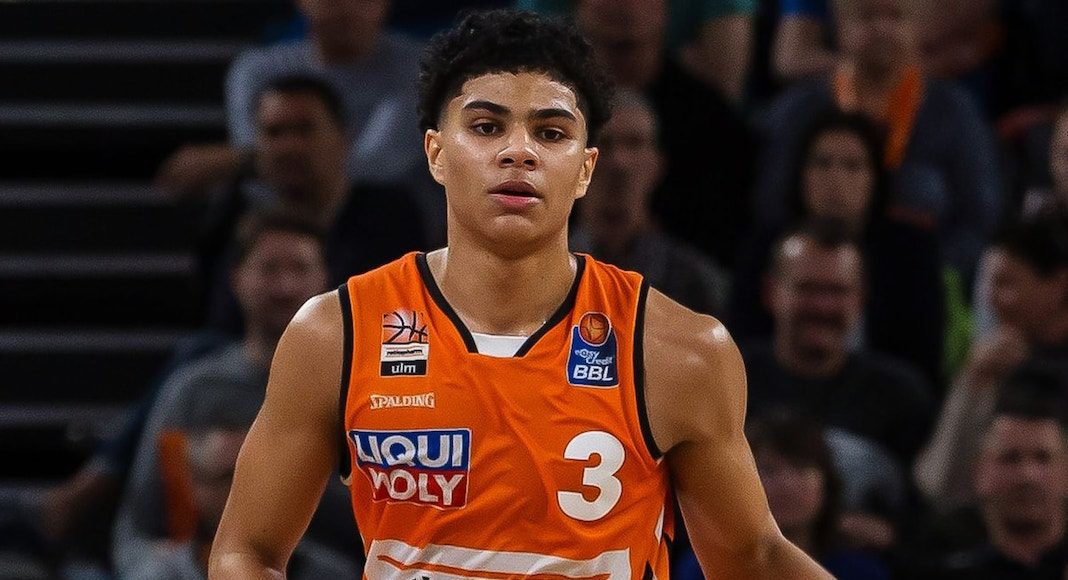 Originally scheduled for Thursday, June 25 at Barclays Center in Brooklyn but postponed several times due to Covid-19, the NBA 2020 Draft will finally take place on Wednesday, November 18 online and will be broadcast live from the studios of the American channel ESPN ( 7:30 pm ET). The draft brings together each year the best young players wishing to join the American elite, the 30 NBA franchises by selecting sixty of them. Five French players are registered for this cuvée * which promises to be of quality for French basketball with two players almost guaranteed to be selected.

He could become the best drafted French player in history, even higher than Joakim Noah (9th in 2007) or Frank Ntilikina (8th in 2017). Born in the United States in Lakeland (Florida), Killian is the son of Deron Hayes, known in France where he played several years in Pro A (former Jeep Elite). Early, the talented leader began his career at Cholet, where he signed professional at the age of 16. He now plays for the German club Ratiopharm Ulm where he has a series of solid performances in the Bundesliga (11.6 points, 5.4 assists over 24.8 minutes) and in the EuroCoupe (12.8 points and 6.2 assists out of 26, 8 minutes). Versatile with an excellent vision of the game, Hayes is also a major asset of the French Espoirs team. European U16 champion in 2017 (named best player of the tournament) and vice-U17 world champion in 2018 against the United States, Killian is closely watched by several franchises such as New York and Chicago. The American website The Ringer places him with LeMelo Ball as one of the two biggest talents of this 2020 vintage. The CBS sport site sees him drafted in second place. ESPN puts him more cautiously in 10th place.

He is just as precocious and talented as the first. Selected by INSEP at the age of 14, the leader joined ASVEL Lyon Villeurbanne three years later where he signed his first professional contract. Best young player in the French championship last season (6.5 points, 1.9 assists over 15.6 minutes), he also rubbed shoulders with the best European players by playing the Euroleague (7.4 points, 3.1 passes over 18 minutes). Coming from the same generation as Killian Hayes, he was also part of the victorious campaign in the French Espoirs team in 2017. The player is hatched by his club president, a certain Tony Parker, who predicts a brilliant future for him. Théo Maledon enjoys a nice coast in the United States, where he could be drafted between 15th and 25th place.

He also believes in his American dream. Trained in Dunkirk, he quickly joined Cholet to continue his high level training. Author of a solid slice of statistics (10.1 points, 4.2 rebounds and 4.0 assists over 30.5 minutes) last season, the versatile full-back started this new season with his new club Monaco. Abdoulaye N’Doye had already presented for the 2019 draft before withdrawing his name ten days before. He tries his luck again in 2020 and could be drafted around 40th place, according to several American sites.

Son of Laurent Tillie, coach of the French volleyball team, Killian just completed his four-year course with Gonzaga University in Washington, with whom he reached the NCAA Championship final in 2017, beaten by North Carolina. Automatically eligible for the draft, this intelligent and versatile interior (13.6 points, 5 rebounds, 1.9 assists over 24 minutes during his senior year) could be selected at the end of the standings. Injured last season, he signed up for the draft before finally withdrawing his name.

At just 19 years old, he plays mainly with the Nanterre hopefuls team. He is unlikely to be called up to the NBA, and instead seeks to show himself to the American scouts before trying his luck again in the years to come.

* Note, it is possible for these boys to join the NBA without being drafted but the path is often more complicated and the contract is not guaranteed. Response in less than a week.

Can we go back to France for Christmas?

The history of The White House in comics

Antony Blinken, a Francophile as Secretary of State

The Department of Public Health will reveal coronavirus outbreaks in L.A....

The generation of a misunderstood old age

The Hollywood Bowl suspends its concert schedule for the first time...